Sri City, August 15, 2017:- At Sri City the 71st Independence Day was celebrated with zeal and fervour. In the function held at the lawns of Business Centre Mrs. C. Haritha, Principal Junior Civil Judge, Sullurupeta unfurled the national flag and took the salute in an impressive parade held by the contingents of Sri City Security force. Mrs. Gayatri, Additional Judicial Magistrate, Sullurupeta was the guest of honour.

Addressing the gathering, Mrs. Haritha recalled the sacrifices of the freedom fighters and called upon the people to inculcate the habit of serving the society. Mrs. Gayatri also addressed the gathering.

Conveying greetings on the occasion, Mr. Ravindra Sannareddy, Founder Managing Director, Sri City said, “On this joyous occasion of 71st Independence Day Celebrations, I extend my hearty greetings and good wishes to the Sri City community. I applaud ‘our team’ for making Sri City as one of the best dream destinations for business in the country.”

“Sri City, with the presence of 160 companies from different countries across the world, exemplifies ‘globalisation’, and mass employment is bettering the economy of the region,” he added. 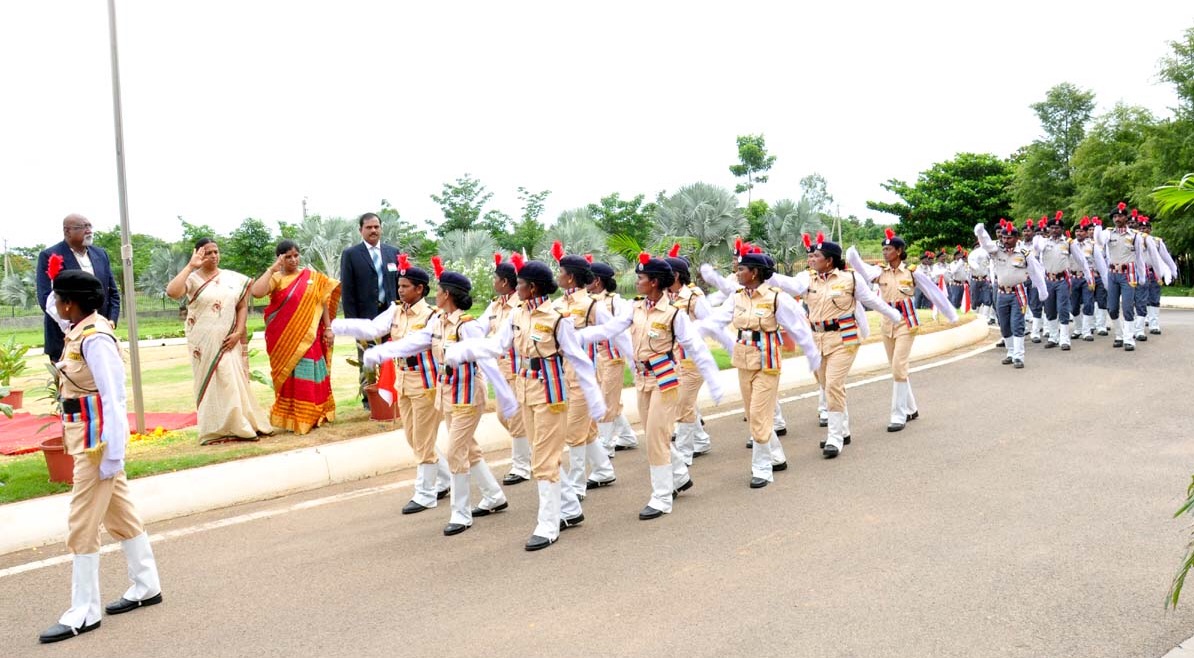 Cash awards were presented to five security guards in recognition of their meritorious services.

Celebrations at the local schools …

Besides Chinmaya Vidyalaya, seventeen government schools and fourteen anganwadies in Sri City villages celebrated the Independence Day with active participation of students and teachers. Sri City Foundation distributed Cookies to all the students.