Sri City, February 13, 2016 :- Sri City hosted a Japanese banquet on Friday night at Taj Coromandel hotel, Chennai, for which the Consul General of Japan in Chennai Mr. Seiji Baba was the chief guest. Mr. Yasukuni Enoki, former Ambassador of Japan to India and Consul Generals of USA, Australia, Russia, South Korea, France, Belgium, Thailand and Malaysia were the guests of honour of the event.

Welcoming the distinguished guests, Mr. Ravindra Sannareddy, Managing Director, Sri City said,”We are very happy to state that, as of now, 16 companies from Japan have made Sri City their home. To celebrate the success of these Japanese industrial giants and to share the joy with you all, this get together is arranged.” 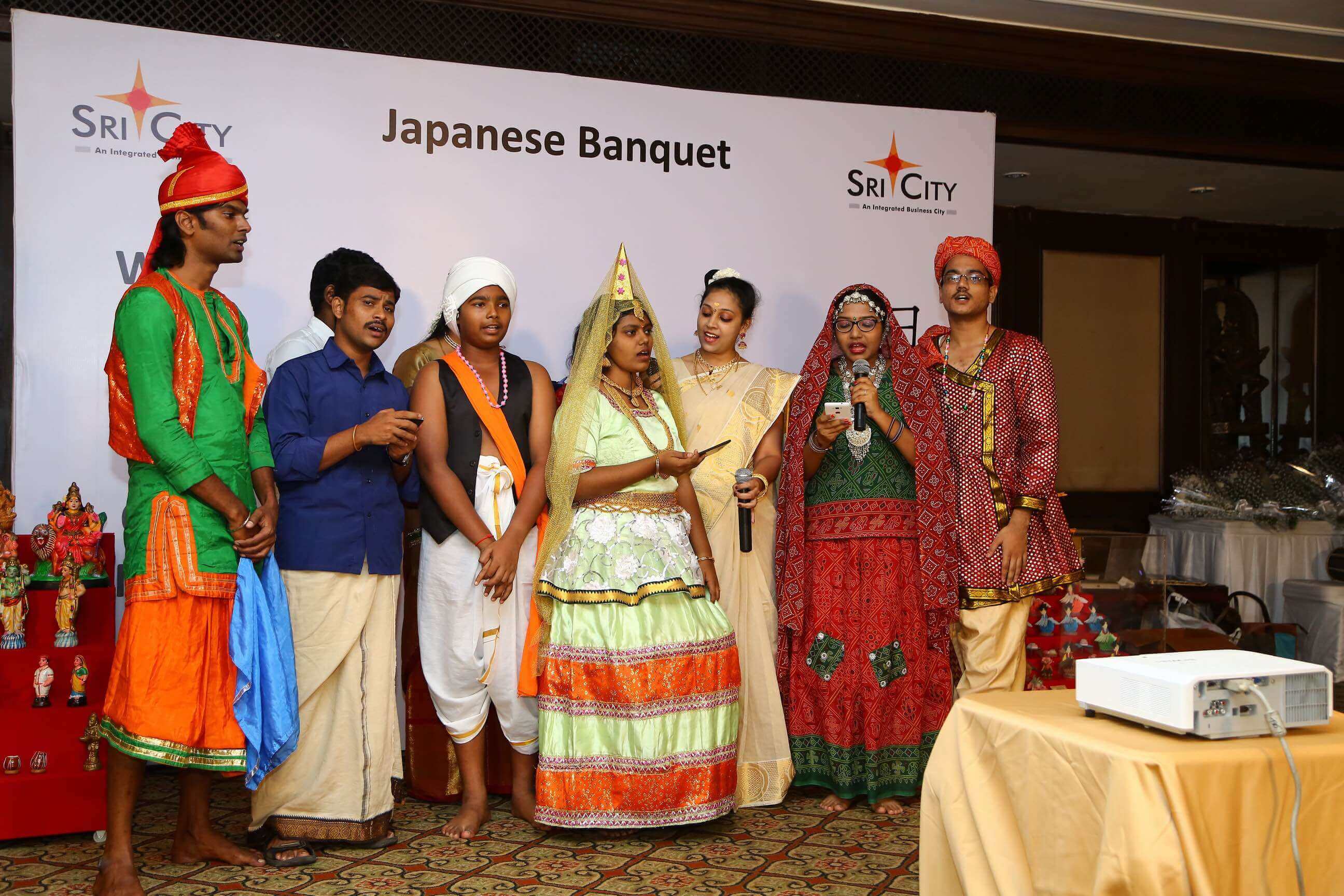 Mentioning that the country-specific enclaves in Sri City will provide a ‘home-away-from-home feel’ for the various ethnocultural groups, Mr. Ravindra Sannareddy said,” Future events of this kind will be held in Sri City itself.”

Prominent among other important guests who graced the occasion with their presence included Mr. Satya Prakash Sharma, Inspector General of Indian Coast Guard, Mr. Anil K Choudhary, Development Commissioner, Sri City and a host of
senior government officials. Besides the senior executives of Sri City based Japanese companies, top executives of Japanese establishments in and around Chennai also took part in the event.

As a token of gratitude Mr. Ravindra Sannareddy felicitated all the distinguished guests and thanked them for adding gloss to the event with their august presence. An event showcasing the rich heritage of Indo-Japanese cultural was well presented by the students of ABK – AOTS DOSOKAI, Chennai, a Japanese School promoting cultural between India-Japan. The programme was very well received by the audience.