Appreciating the Fire Department for quickening the process of issuing no objection certificates for industrial units, Mr. P.S. Pradyumna said,”But for your support it would not be possible for us to accord approvals. On an average we are clearing the cases in 8.6 days.” He thanked the DG for the pro-activeness of his entire department. 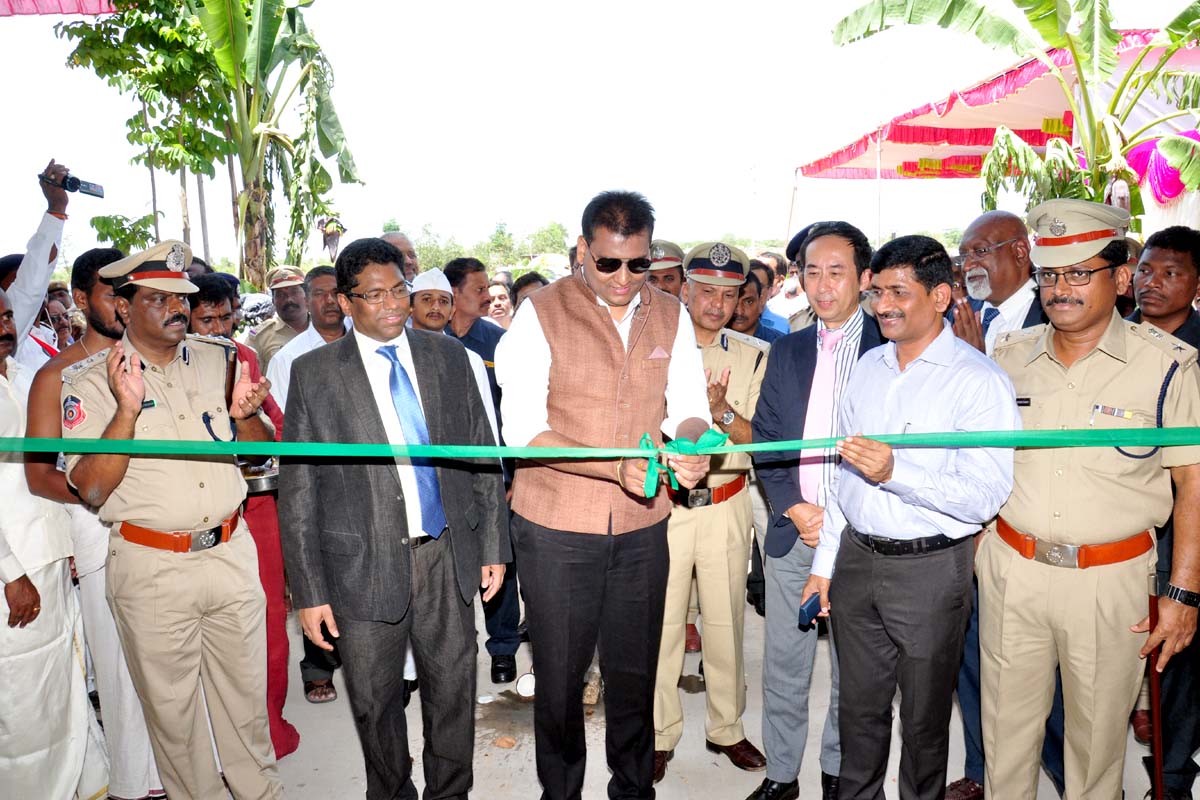 Mr. Satyanarayana said,”The Fire Station, equipped with a latest model fire tender and five firemen and other emanates, will give a better response capability.” He Expressed happiness as all the industries are strictly adhering to the stipulated fire norms. The DG said,”we have plans for giving basic training to the private security guards employed by industries as they have to respond first at the time of crisis.”

Speaking on the occasion Mr. Ravindra Sannareddy said,”In a recent meeting, when the Japan External Trade Organisation representatives brought some of the issues to the notice of the honourable CM, he reacted very positively, and approved ‘then and there’ a dedicated Fire Station to Sri City. We are very thankful to him.” Thanking the Director General for commissioning the facility, just within two weeks, Mr. Ravindra conveyed his sincere thanks and appreciation.

Mr. Rajasekhar Babu told, Government sanctioned the Fire Station and Hitech Police Station to Sri City on a priority, and “We will extend all our support to make it a safe and secured place,” he added.

The fire station is located on the Central Expressway, adjacent to Danielle.