Mr. Solomon had a meeting with the senior managements of the industrial units. Besides Mr. Ravindra Sannareddy, CEOs of all the companies interacted with the Secretary and drew his attention to various issues that need redressal. 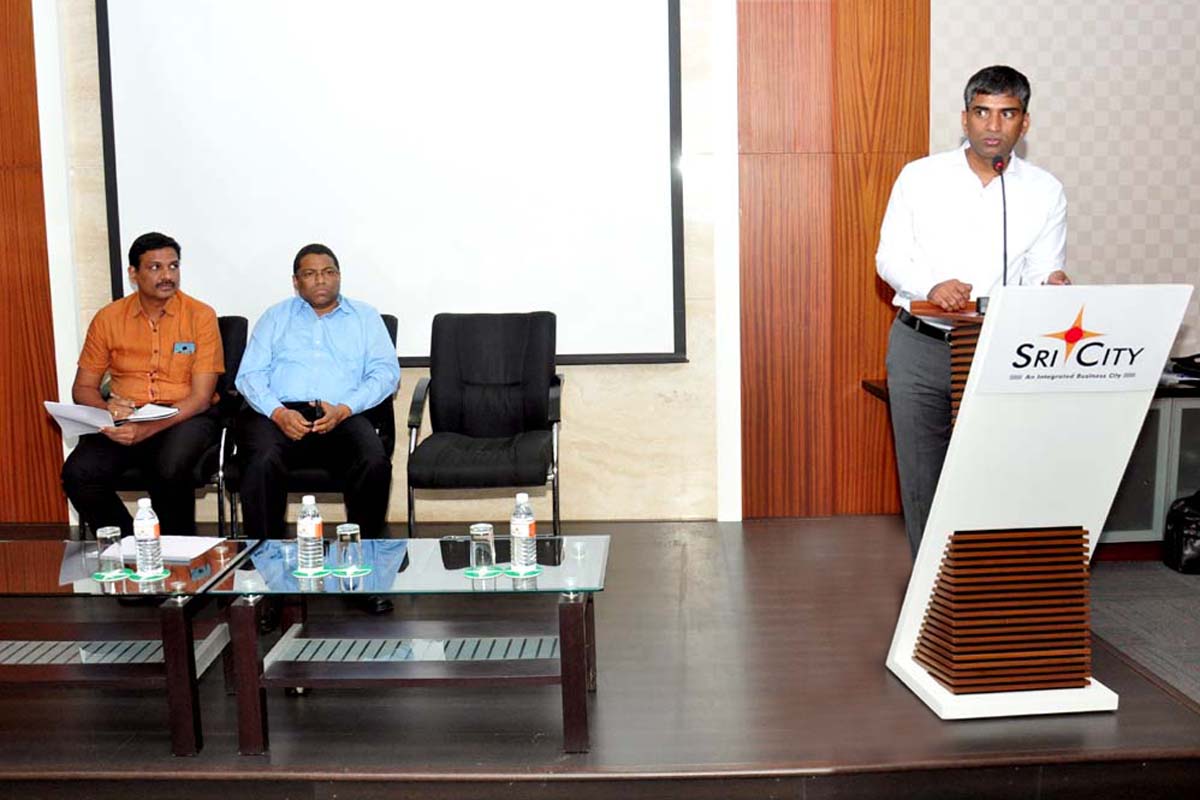 Reviewing the status of industrial development, Mr. Solomon said,”I am delighted to see the development in Sri City and to have the opportunity to interact with all of you.“ He heard all the issues raised by the companies, encompassing reimbursement of fiscal incentives, interstate bus permits for the transportation of employees, 420 kv sub-station, supply of sand for construction, etc., He appealed the managers of companies to strictly follow the set procedure while submitting the claims for reimbursement and gave assurance for a speedy redressal of all the issues projected. He stated that soon an Industrial Liaison Officer will be posted to offer ‘one stop shop’ services, and a ‘Mee Seva’ counter will be opened to facilitate easy remittance to Government.

Appreciating the CSR (Corporate Social Responsibility) efforts, Mr. Solomon suggested to concentrate on the improvement of roads, educational facilities, drinking water facilities, etc., in the neighbouring villages, He asked the companies to regularly share the employment details, job melas and

Reminiscing Sri City’s long association with Mr. Solomon, Mr. Ravindra Sannareddy said, “During your tenure as Collector of Chittoor district, you gave us a lot of encouragement and support in developing Sri City, for which we remain indebted to you. On behalf of all our customers, we convey our sincere thanks for sparing your valuable time in reviewing the status and assuring redressal for the issues raised by the stakeholders, in this town-hall like meeting.”

Stating that with the excellent support extended by the State Government, Sri City stands as one of the best PPP (Public Private Partnership) models in the country, Mr. Ravindra observed,”The smiling faces seen at the end of the meeting indirectly indicate the proactiveness of the government towards ‘ease of doing business.”

Initially, Mr. B. Anil Kumar Reddy, General Manager, District Industrial Centre, Chittoor gave a presentation on the AP State Industrial Policy, and summarised the various fiscal incentives being offered to MSMEs and large enterprises, procedure for filing online claims for incentives, and important points to be observed while filing the claims, etc.,