Sri City, December 29 : A team of about 500 Jagriti Yatris, coming from 27 states of India and 46 other countries, visited Sri City on Thursday. They all are participants of the Jagriti Yatra, an initiative of Jagriti Sewa Sansthan, a non-governmental organisation that promotes entrepreneurship. Mr. Ravindra Sannareddy, Founder Managing Director,
Sri City extended a warm welcome to the team.

Jagriti Yatra, which was launched in 2008, as a journey of social awakening, is being continued every year, and this year’s yatra is the ninth consecutive one. The yatra that covers about 8000 kms., across the length and breadth of India in 15 days, commenced from Mumbai on December 25. It covers 12 cities/towns/villages of India, viz., – Mumbai,
Hubli, Bengaluru, Madurai, Sri City, Visakhapatnam, Bhubaneshwar, Nalanda, Deoria, Delhi, Tilonia and Ahmedabad. The participants (yatris) were shortlisted from among 12000 registrations and 2500 applications. They are all in the age group of 20-27 years. During their visits, the yatris will meet and interact with 15 role models/change-makers/
leaders who started out on a journey and made a difference to thousands of lives. 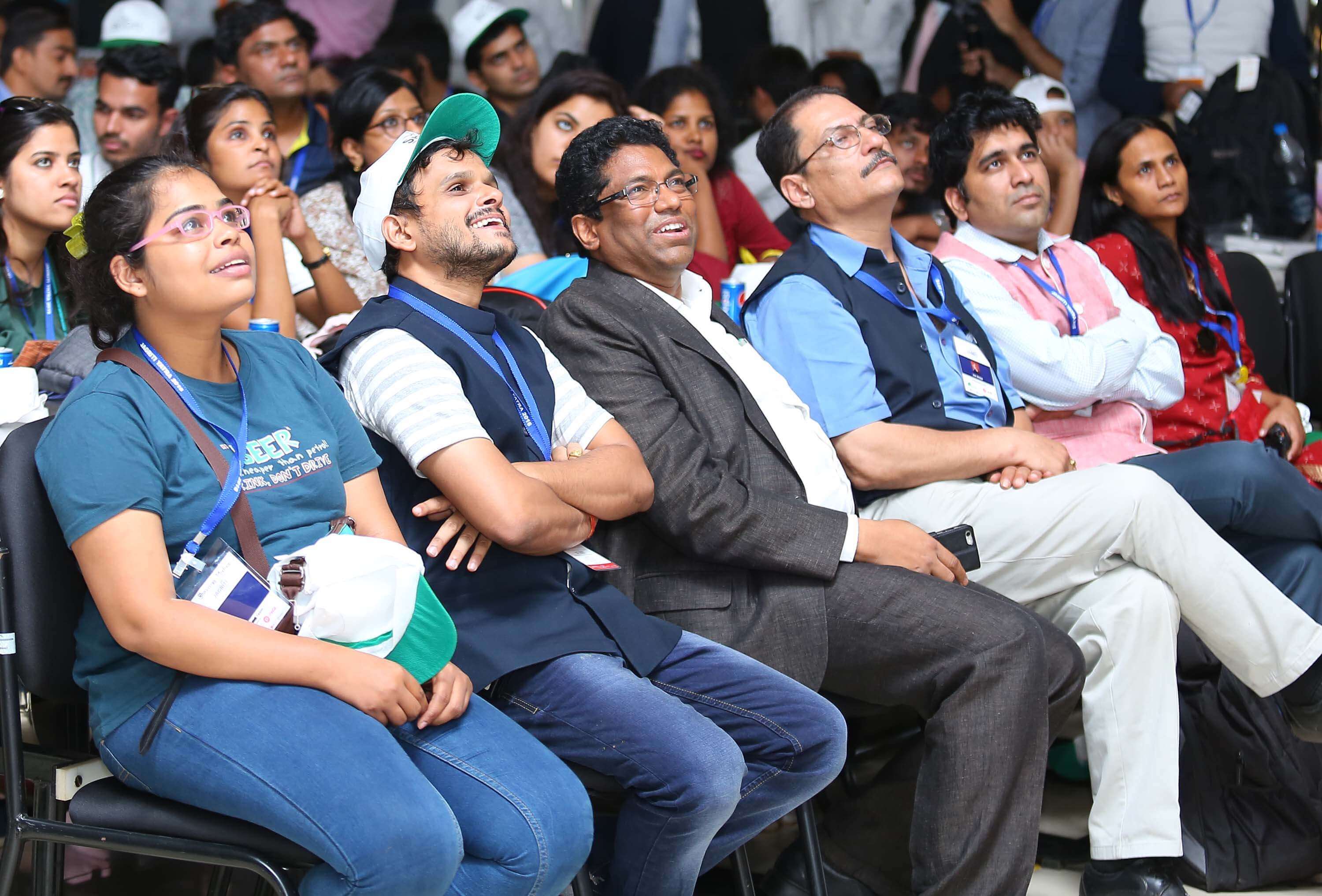 The Jagriti Sewa Sansthan selected Mr. Ravindra Sannareddy as one of the role models and requested to address the participants of the yatra.

Addressing the participants of the yatra Mr. Ravindra Sannareddy mentioned how his observations while pursuing higher studies in engineering in USA motivated him to think of doing some thing good for his country. “I got the opportunity of seeing in person some of the world class industrial cities, such as Shenzhen in China, Jurong Industrial
Estate in Singapore, Columbia in Maryland, etc,. I realised that India was loosing opportunities due to lack of infrastructure. These thoughts provoked me to to creat a planned business city with world-class infrastructure, facilitating manufacturing in India,” he added.

Briefing about the setting up of Sri City and the challenges faced, he said,”For establishing an integrated business city, we found the present location, which is the most backward area in Andhra Pradesh. Since I belong to this area, I was also keen to build a new modern city which would benefit people from this area. I dreamt, Sri City to be what Hosur is to Bangalore or Shenzhen in China. In 2006, in association with my friends and Equity funds, Sri City (P) Ltd. was set up.” However, he said due to global melt down in 2009-2010 investment by industries was slow. “We continued to invest in infrastructure and when the economy improved, we were ready. We saw the slowdown as an opportunity to develop infrastructure at the lowest cost, ” he added.

Mr. Ravindra Sannareddy detailed the socio-economic development of the region that took place after the advent of Sri City, with a reference to the CSR programme, and job opportunities created for villagers. 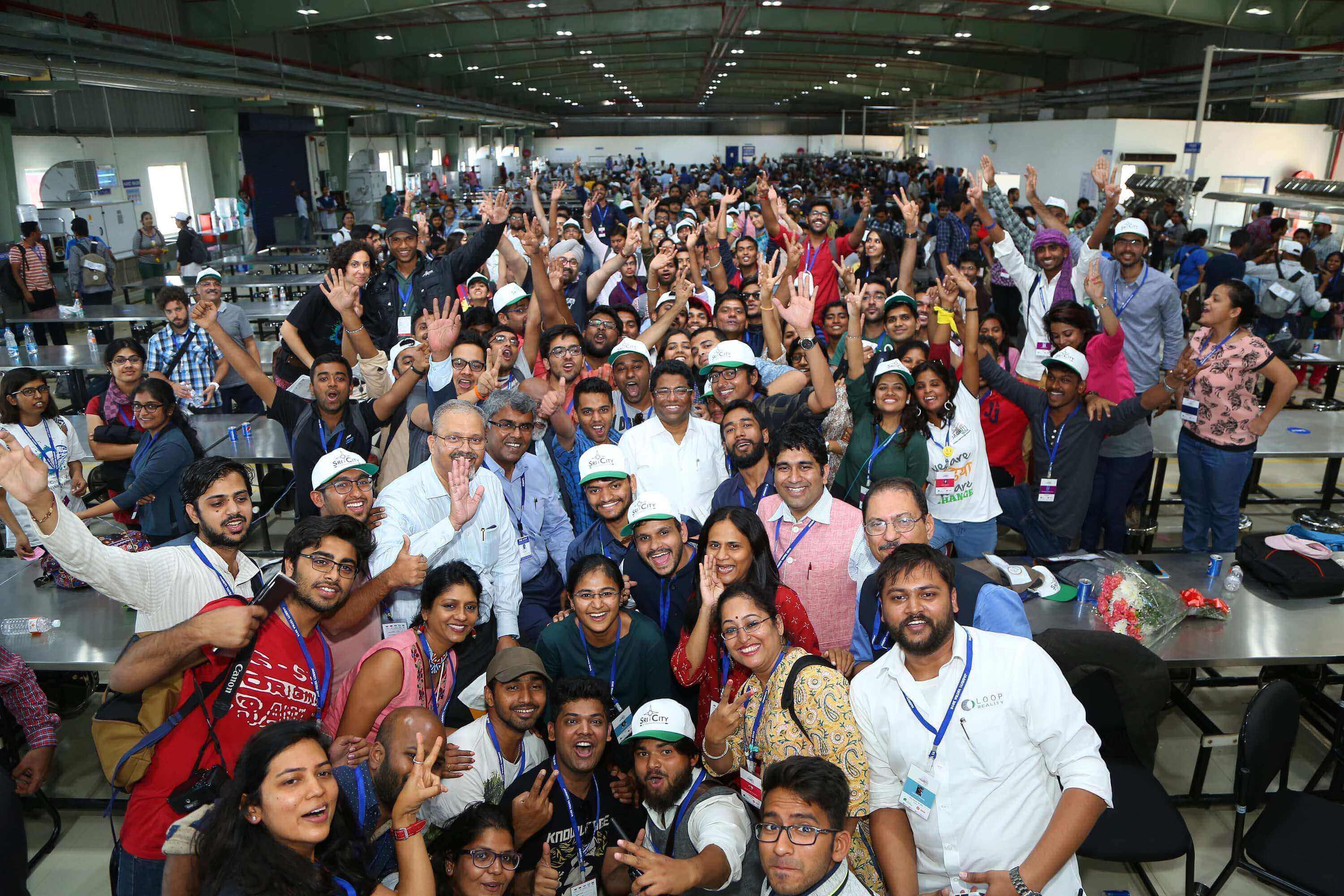 Speaking on the occasion Mr. Ashutosh, Executive Director, Jagriti, said,”Over the last 9 years, Jagriti Yatra has impacted the enterprise landscape of the country significantly, by creating future leaders who believe in ‘building India through enterprise’. These leaders, 4000 of them, spread across the length and breadth of the country, have begun a journey of transforming the ‘Middle India’ – Tier 2 & 3 districts of India, by collaborating among themselves. The network of these nation-builders is the real asset that Jagriti
has today. ”

Mr. Josh, MD, Foxconn also addressed the gathering and briefed them on the progress of the company.

At the end, there was a question & answers session in which the doubts of the participants were clarified by Mr. Ravindra Sannareddy.