Sri City, January 26, 2016:- At the dawn of Tuesday over 1000 people hit the main roads of Sri City for the Swachh Bharat run, soaking the ‘business city’ in their bubbling energy and enthusiasm. The Raavi Circle on the express way, near IFMR, where the categories of run, viz., 10K & 5K began, saw a riot of colour.

The event, which coincided with the Republic Day celebrations was organised under the joint aegis of IIIT-Sri City (IIIT-S), Institute for Financial Management and Research (IFMR) and Sri City Foundation, drew runners of various abilities and saw participation from a cross section of the public in around Sri City, including a few expatriates. 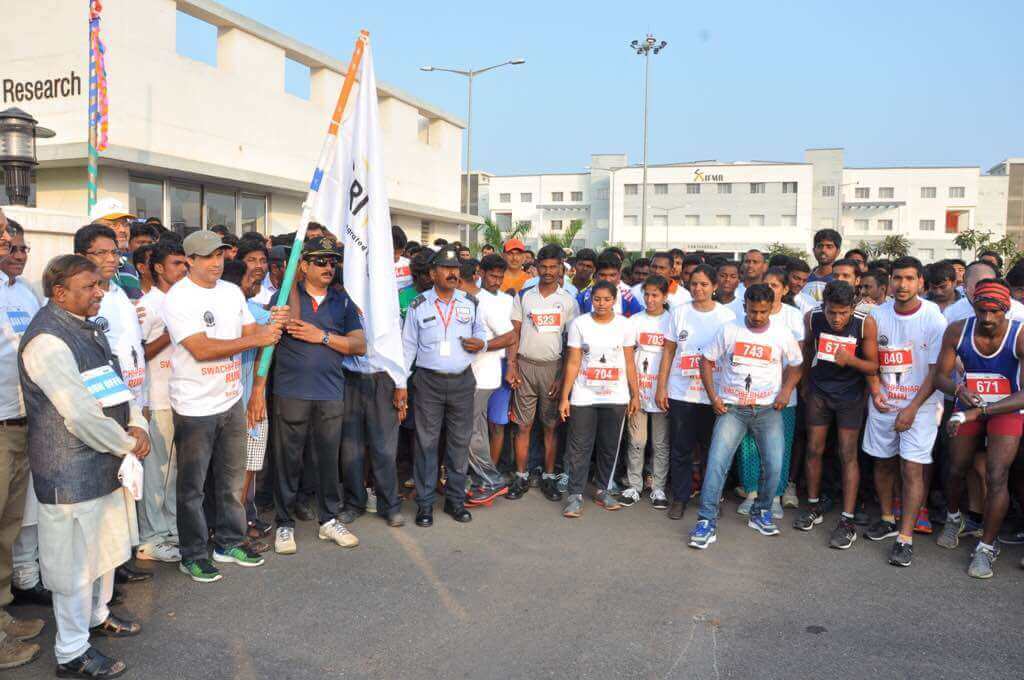 Expressing satisfaction over the response to the event, Mr. Rabin Singh stressed the need of swatchh Bharat, and urged all in keeping Sri City clean and green.

The participants, who were categorised into three groups, based on the age, included students of academic institutions, employees, and general public in and around Sri City. The objective for organising the run was to promote the concept of Swachh Bharat to the people across diverse industries, institutes and surroundings. All the participant were given T-Shirts. Prizes were presented to the winners in each group, and certificates were given to all who completed the run.

Ground broken for Academic Block of IIIT-S
Later, Mr. C. Srinivasa Raju, Member Secretary of IIIT-S society performed ground breaking and laid foundation for the Academic block of IIIT at New campus, in the presence of several dignitaries. Faculty, staff and students attended the function. A plot of 77 acres was allotted for the dedicated campus. At present, the institution is functioning in a temporary campus in Sri City.